Prisons have been part of American life almost as long as there’s been an America, but I’m not sure many of us have stopped to think about why that is and what function prisons should serve. At least, I hadn’t—until a project that I hope will be life-altering for men and women in prison also altered my perception in a big way.

In 2020, a conversation I had with Charlie Henderson, Google Field Sales Representative for State of Michigan Government, opened my eyes to the fact that most men and women don’t have email accounts when they come out of prison, let alone a way to access whatever certifications they’ve earned while incarcerated. This causes problems when important records related to having attained a GED, associate degree, or professional certification can’t be accessed.

Prisons issue these documents on paper, and during the difficult adjustment period from incarceration to life after prison, paper gets lost. Which makes finding a job that much more difficult. This system also creates a burden for prisons, who are asked to print and mail replacements.

From discussing that point, we quickly turned to how cracking the problem of securely providing identity access to offenders would also give them access the Google Classroom tools that students all over the world utilize. We wanted also to be able to provide offenders with a digital footprint—a Google Drive repository for all the certifications they earned in prison.

Giving an email account to an offender isn’t the same as providing one to a student. One of the premier concerns with our developing idea was security. Google has been a game-changer for collaborative learning, and part of our challenge was to reverse engineer an innovative and open approach to education into one that would enable offenders access to education without also giving them conversation channels that prison officials have carefully avoided.

Innovative brainstorming sessions and a willingness to push boundaries led the Google, Resultant, and Michigan Department of Corrections (MDOC) teams to a secure solution that includes a digital footprint offenders can take with them upon release. Not only does this solution make it easier for offenders to achieve certifications that will support their post-release lives, it gives them anywhere, anytime access to those certifications.

From those talks came a proof-of-concept journey with Google, Resultant, and MDOC that enabled further innovation, more boundary-pushing, and ultimately a highly secure, scalable solution that will reach more than 15,000 men and women in prison. It’s also the implementation of a solution that will constantly add features and functionality to benefit all kinds of correctional facilities for years to come.

You can find out about the details of this project here. And I’m really thrilled to report that it’s a big part of why Google named Resultant 2021 Google Industry Solution Partner of the Year—Public Sector.

If you’ve never been in prison, it’s easy to think that’s because you never did anything that would land you there. But that isn’t the whole answer.

Working toward this solution meant spending a lot of time with the people who have dedicated their lives to providing the opportunity for offenders to end the cycle of incarceration. I’d frankly thought of prison more as a punishment than as a chance to rehabilitate. I hadn’t thought much about offenders getting their first chance to learn to read and write and earn their GEDs—and what goes into making that happen. I didn’t know the true meaning of recidivism, let alone how it’s measured.

I’ve since learned about intergenerational incarceration—that children of people in prison are about six times more likely to end up in prison themselves, creating an unfortunate family legacy and one that affects many more Black than White families. I’ve learned that more than half of children in foster care have been arrested by age 17 and that those who end up in group homes are 2.5 times more likely than their peers to be arrested.

Some more heartening statistics come from the power of education. Although Bureau of Justice Statistics reports that about two-thirds of offenders are re-arrested within three years of release, those who participate in prison education programs are 43% less likely to recidivate. The more education attained in prison, the less likely an offender is to return. Learning that the education offenders receive while incarcerated might be their best opportunity to stay out of prison was an awakening for me.

Getting to know the individuals who work to help give offenders their best chance at an education has been the most amazing part of this experience. I’ve attended Correctional Education Association conferences and met with educators and administrators. I’ve learned how they’ve worked to give offenders a second chance at life by negotiating incredible partnerships with educational organizations and collaborating with business owners who are willing to employ parolees. These individuals have chosen to dedicate their lives to helping others, and I applaud their efforts.

America holds a staggering 20 percent of the world’s prison population despite claiming only about 4 percent of the world’s population. The reasons for that go far beyond education, but we do know that education matters for keeping people out of prison. It’s been an honor to get to know the people who are making that happen, to help find a solution to bringing their work to more offenders, and to gain a new perspective on what that system means to all of us. Paul is a results-oriented professional who has had a 20+ year career in technology.  He has sold and managed enterprise-wide deployments on various technology platforms and prides himself o... 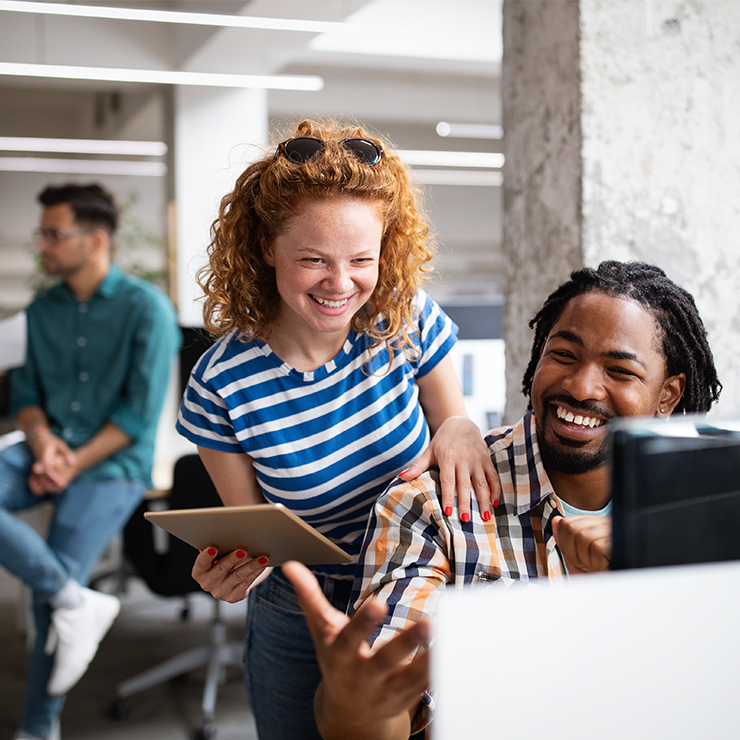