For most state governments, measuring the long-term impact of programs intended to benefit citizens is challenging. Siloed, heavily protected data makes it nearly impossible to know whether participants in the Women, Infants and Children (WIC) program, for example, achieved intended outcomes like longer gestation periods and lower infant mortality. Often, private sector organizations—including grocery vendors and distributors—assist in delivering services for these programs but lack the context to fully understand program outcomes.

The Indiana Management Performance Hub (MPH) was created in 2014 to address this need.

ERE has created a new ecosystem where people can just come and do meaningful work. They don’t have to worry about getting data sent to them or building their tools, they just log in and hit the ground running to produce meaningful results for their communities and Hoosiers across the state.

Evidence-based policies informed by data and research are an essential part of ensuring the health and well-being of Hoosiers. The Enhanced Research Environment revolutionizes sensitive data-sharing and analysis for the State of Indiana and its academic partners. It has unlocked secure collaboration and facilitated complex data analysis between the state and experts in the research community.

Granting third-party researchers access to data is not without drawbacks. When sharing files that recipients download locally, sending a researcher a particular dataset granted that researcher permanent and irrevocable access. Additionally, researchers had no way of knowing when a particular dataset was out of date. In order to maintain the security of sensitive datasets, MPH would require researchers to undergo a thorough vetting process that typically took several weeks to complete.

“We’re seeing that, across all realms of research, datasets are either getting too big for people to do research on their own devices, or in our case, the datasets are too big and they’re too sensitive to be downloaded locally,” said Owen Boberg, MPH data scientist. “We came to the realization that we needed to start moving data to the cloud to enable our researchers to have all the data and tools they need in one place.”

In April 2019, MPH cast a vision for a “virtual data warehouse” containing “rooms” where researchers and analysts could meet to collaboratively share and analyze data and called upon Resultant to bring that vision to fruition.

Resultant sought to deeply understand what would most benefit the researchers who used the platform as well as MPH’s security concerns and desired use cases. Our team developed user stories by interviewing external researchers and asking questions like, “What are you hoping to gain from a research environment?” and “What tools do you need within the platform?”

Resultant embarked on building what would come to be known as MPH’s Enhanced Research Environment (ERE) in a highly agile, iterative fashion. The team took an infrastructure-as-code approach to creating an elastic cloud environment largely built on Kubernetes.

MPH deployed ERE only 14 days after Indiana confirmed its first case of COVID-19. ERE would prove crucial to the state’s COVID-19 response, for the same reasons it would revolutionize sensitive data-sharing and analysis for the State of Indiana: it unlocked speedy and secure collaboration while facilitating complex modeling and machine learning.

Before ERE, the state had no centralized location where data could have been quickly consumed and analyzed, which would have made facilitating Indiana’s COVID-19 response much more difficult. If data-sharing had been relegated to email, most of the computation would have been pushed to local environments, resulting in less secure, less accurate, and much slower analysis. The ability to quickly engage third-party partners like Regenstrief Institute, Indiana Health Information Exchange (IHIE), and Indiana University researchers was also critical to the speed of the response in the early days of the outbreak when every minute mattered. ERE enabled analysts and researchers to access critical datasets within hours rather than weeks. 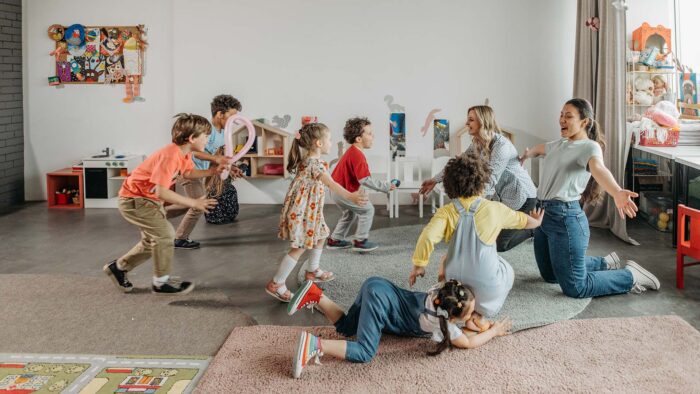